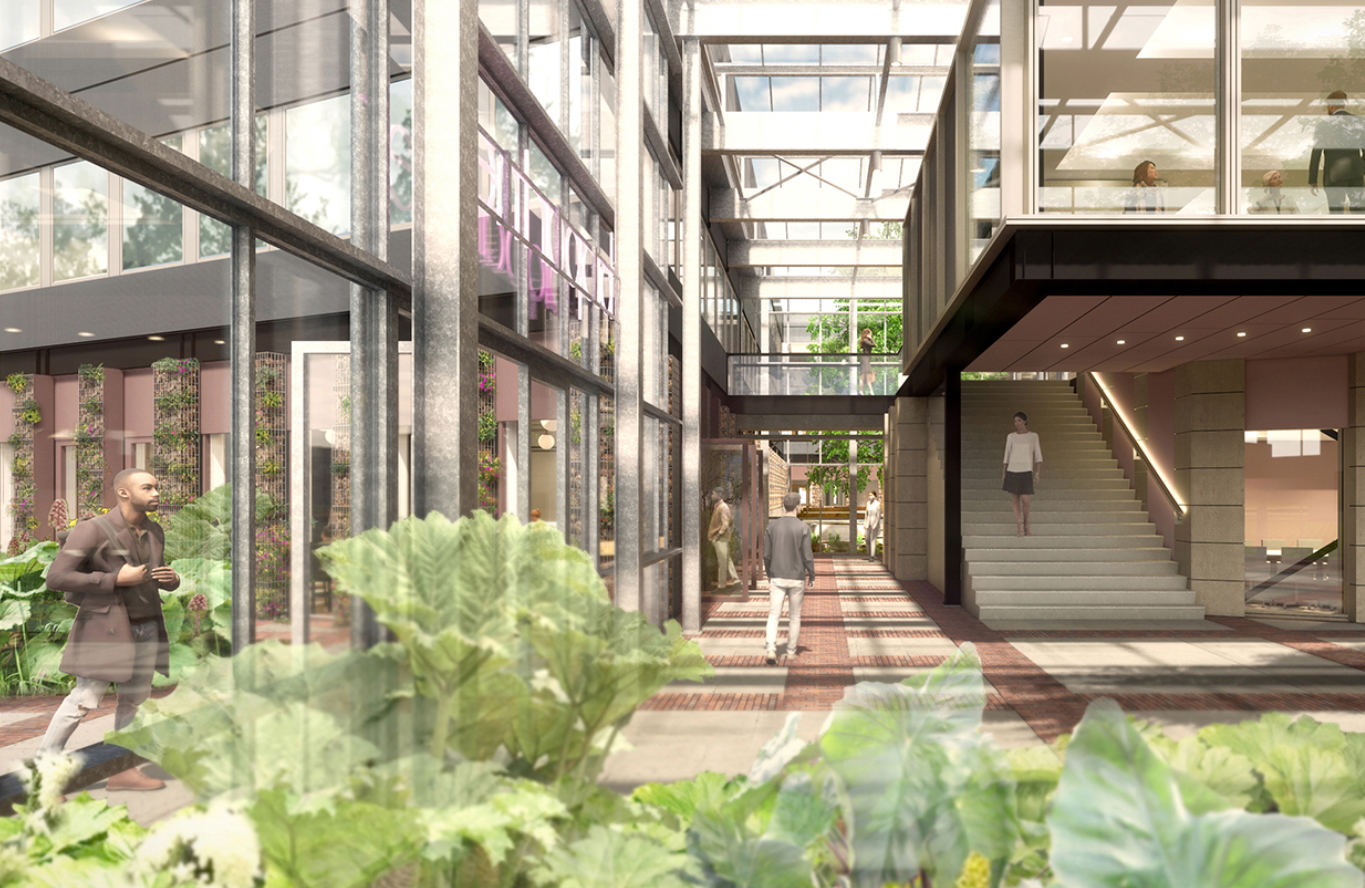 A new building is rising at the Bio Science Park: Biopartner 5. Biopartner, the successful incubator organization closely linked to the growth of the park, is developing its fifth building as the living room for the new campus in Oegstgeest.

Biopartner 5 aims to pioneer in the still barren area and further initiate campus formation in Oegstgeest. In addition to the characteristic flexible laboratory and office space for start-ups, extensive supporting facilities will therefore be created such as a restaurant, meeting center, winter garden and terrace. This will create an inspiring work environment in which the collaborative culture of the Leiden Bio Science Park is central.

The building provides inspiration for the sustainable development of the campus. In an inventive way, the steel structure from the nearby Gorleaus laboratory has been dismantled and reused as a demountable main supporting structure. The robust steel has been applied as a visible structure and gives character to the new building in which the history of the well-known laboratory is continued.

This has not gone unnoticed, as the building has now been nominated for the Circular Awards 2021. “In addition, last week we received another ‘gift’ for the Biopartner building in the form of NIBE’s report. Based on their calculations, they confirmed in this report, that due to the large-scale circular applications Biopartner has become the first Paris Proof building in the Netherlands,” says Paul Nijhout, partner of project developer Stone22.