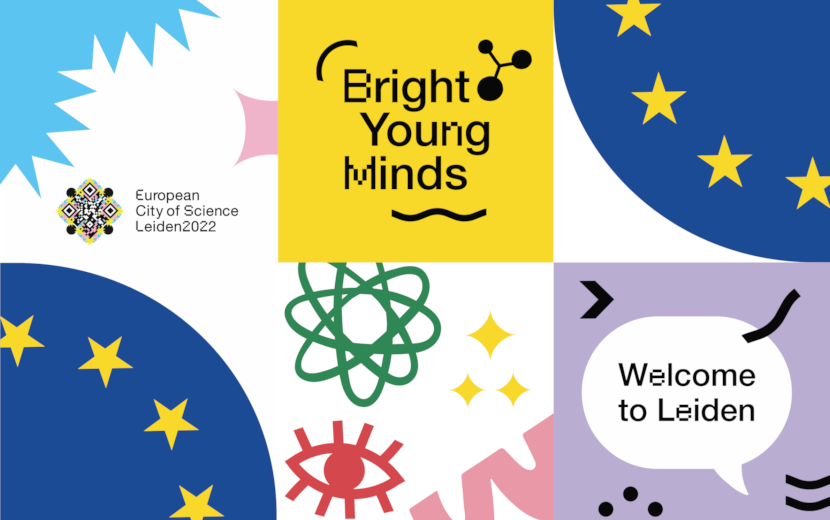 In September, Leiden will host two major international events with young researchers in the leading role. Between the 13th and the 18th of September, Leiden will host 250 Bright Young Minds from all over Europe. These young talents, aged 14 to 35, will compete in the European Contest for Young Scientists (EUCYS) and EU TalentOn science competitions during the Bright Young Minds Week.

2022 is a special year: it is the European Year of Youth and the year in which Leiden is the European City of Science. This makes Leiden the hotspot for scientific talent. EUCYS is the most important European platform for youth and student science. 14- to 21-year-old talents will present their projects within STEAM (Science Technology Engineering Arts & Mathematics).

During TalentOn, scientists aged between 21 and 35, will try to tackle the 5 EU Missions. The 250 young talents participating in EUCYS and the EU TalentOn are carefully selected based on their innovative ideas for a better future, performance, and motivation.

Adaptation to Climate Change, Cancer, Climate-neutral and Smart cities, Restore Our Oceans and Waters, and Soil Deal for Europe, these are the 5 EU Missions that will be tackled during the first ever EU TalentOn.

In the week of 12 to 17 September Leiden will be brimming with Bright Young Minds. During the EU TalentOn 104 young talents, aged between 21 and 35, will be working on the big questions of tomorrow in this new science hackathon funded by the European Union.

Today, we would like to introduce three of the Bright Young Minds of the EU TalentOn

“I cannot wait to use my motivation and the skills gained over the years to contribute to solving such a mondial problem as cancer.”

Bibian is a Colombian clinical research nurse based in Berlin. She entered the EU TalentOn because she strongly believes that cancer can be prevented. Bibian wants to contribute to the development of a risk-based approach that will allow for the creation of individualized screening and prevention plans for all EU citizens.

“Cities really need to stop beating around the bush and make the hard decision to start making big changes, and fast.”

Qian Mei is part of the Climate-neutral and Smart Cities mission arena. Qian is currently pursuing her masters in sustainable urban planning at the KTH Royal Institute of Technology in Stockholm, Sweden. For her, the EU TalentOn is the perfect opportunity to develop innovative solutions for cities, and to help them double down on their commitments to become greener.

As a climate and environmental scientist, he is concerned about the projected temperature changes for cities across Europe by 2050, and the consequences those temperatures will have. Michael is in the third and final year of his PhD at Aix-Marseille University. His research is all about investigating the influence of temperature changes on the size of planktonic foraminifera in the Indian Ocean.